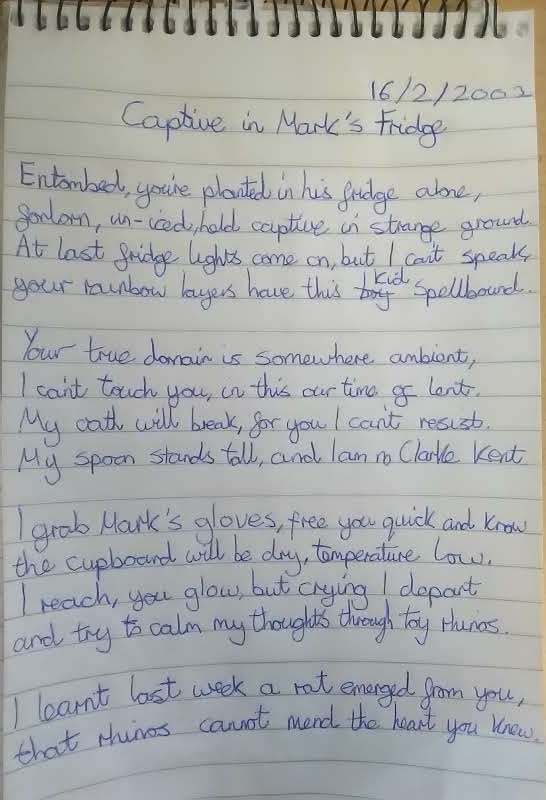 I'm writing this down 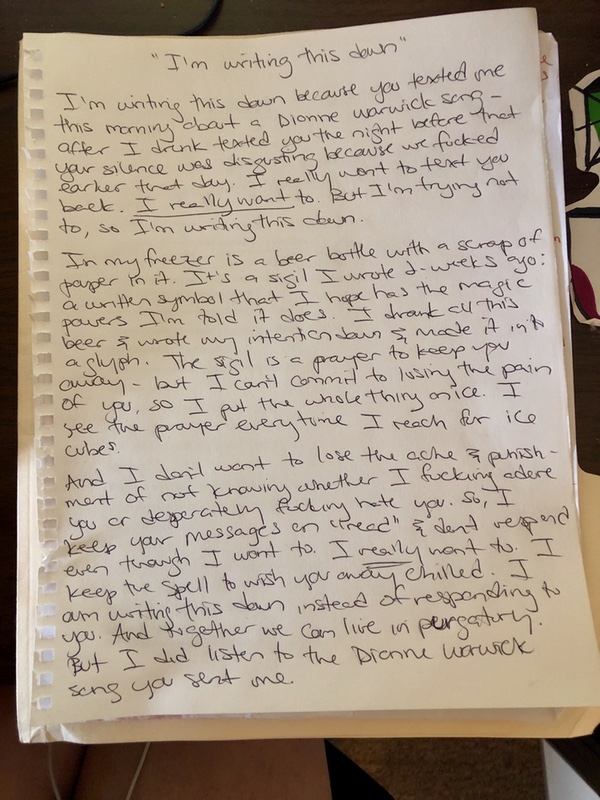 The dog has botulism and will surely die soon.
The wicked child cuts the heads off of insects.
Never again will the poor beast bark at the moon.
The bodies, he crushes; but the heads, he collects.

The dead fern is preserved in a clear glass vase.
The children are running about, flying their kites.
It sits alone and unused in a hard-to-reach place.
Soon they will tangle; this will cause fights.

The small furry animal is crushed by an automobile.
The terrorist casually tosses the grenade.
As the animal is very small, it’s done in by one wheel.
It will cause quite a scene at the new Leader’s inaugural parade.

The attractive woman is detained by a menacing thug.
The unsuspecting gardener steps on a mound filled with ants.
She panics and screams because this is her first mug.
The gardener never suspected such things were concealed in his plants.

The troilist looks more or less normal, not unlike me or you.
The suicidal type is overcome with self-destructive fits.
His difference is that he likes not one, but two.
He is falling off a high building and will soon be smashed to bits.

The ocean liner sails through the sea to a lush tropical resort.
A hairy insect is sitting on an obscure limb.
A torpedo is coming rapidly toward them; they’ll never make port.
It does not see the cloud of bug spray about to turn its future grim.

The fireman prepares himself to enter the flaming house.
The sofa has been a part of many curious affairs.
He does not know it yet, but he will never again see his kids and his spouse.
Mostly it has witnessed things that people do in pairs.

There is an eye in the television, and it is a strange shade of blue.
I will not keep this poem going, as it would begin to diminish.
Whether you like it or not, it is looking out at you.
So I will finish.