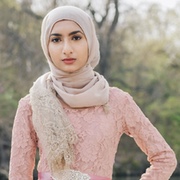 Ayesha Asad is a freshman at the University of Texas at Dallas majoring in Literature and Biology. Currently, her writing has been published or is forthcoming in Santa Clara Review, Blue Marble Review, Eunoia Review, Skipping Stones Magazine, and TeenInk and has been recognized by the Creative Writing Ink December 2019 contest. 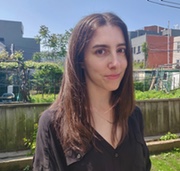 Corina Bardoff is a writer and librarian whose fiction has appeared in Hysterical, Cream City Review, Phoebe, An Oulipolooza, and elsewhere. Originally from California, she has lived in Texas, Ohio, and New York, and now lives in a tiny town in New Jersey. “Hairpin” was written around the objects found in “The Love of the Three Pomegranates” as told by Italo Calvino, and is part of an ongoing project to use fairy tale objects to create new work. 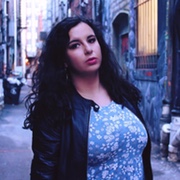 JoAnna Brooker is a writer living in Knoxville, TN where she got her B.S. in Journalism and English. Her work has been featured in The Knoxville Mercury, UT’s Daily Beacon, and on stage for stand-up and poetry. She can be found on all social media platforms @cupofjoanna.

Jessica Cuello is the author of Pricking (Tiger Bark Press, 2016) and Hunt (The Word Works, 2017). She has been awarded The 2017 CNY Book Award, The 2016 Washington Prize, The New Letters Poetry Prize, a Saltonstall Fellowship, and most recently, The New Ohio Review Poetry Prize. Her newest poems can be found in Copper Nickel, Cave Wall, Bat City Review, Pleiades, and Salamander.

Spring/Summer 2020: Luck Be a Modern Lady 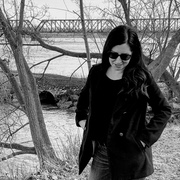 Sara Dobbie is a Canadian writer from Southern Ontario. Her work has appeared at Trampset, Mooky Chick, Ellipsis Zine, Bandit Fiction, and elsewhere. Look for stories forthcoming in Change Seven Magazine and Knights Library Magazine. Follow her on Twitter @sbdobbie. 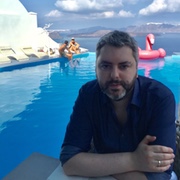 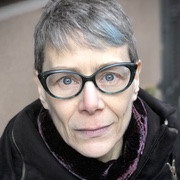 Katherine Gleason’s short stories have appeared in Bending Genres, Derelict Lit, Gone Lawn, Juked, Jellyfish Review, River Styx, Southeast Review, and on the podcast A Story Most Queer. She won first prize in the 2007 River Styx/Schlafly Beer Micro-Fiction Contest, garnered an honorable mention from Glimmer Train, and has published a number of nonfiction books, including Anatomy of Steampunk: The Fashion of Victorian Futurism. Once upon a time, she taught seventh and eighth grade at a private school in Manhattan. 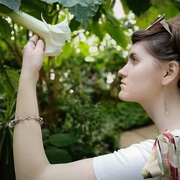 Margaryta Golovchenko is a settler-immigrant, poet, and critic based in Tkaronto/Toronto, Treaty 13 and Williams Treaty territory, Canada. She is the author of two poetry chapbooks: Miso Mermaid (words(on)pages press, 2016) and Pastries and Other Things History Has Tried to Choke Us With (dancing girl press, 2017). Her poetry has appeared in Fur-Lined Ghettoes, Glass: A Journal of Poetry, Contemporary Verse Two, and Metatron's OMEGA. She is a book reviewer for The Town Crier and Anomaly and is currently completing an MA in art history and curatorial studies at York University. You can find her sharing her (mis)adventures on Twitter @Margaryta505. 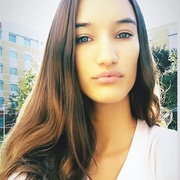 Karen Gonzalez-Videla is an undergraduate student at the University of South Florida. She’s currently pursuing a degree in Psychology and Creative Writing, and she loves combining these two passions in her fiction. Although she writes about a variety of subjects, she focuses mostly on the immigrant experience and the exploration of one’s womanhood. Her work has been featured in Ghost Parachute, Sidereal Magazine, and others. You can find her on Twitter at @Gv12Karen. 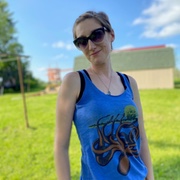 Amanda Gowin lives in the foothills of Appalachia with her husband, son, two dogs, two pigs, eight chickens and a bantam rooster named Lil Charles Manson. Her fiction has appeared online and in print in magazines and anthologies including Warmed and Bound and Gutted: Beautiful Horror. Radium Girls, a collection of her work, is available from Thunderdome Press.

Katherine Haro has undergraduate and graduate degrees in English and literature and writing. She has dedicated her professional life to educating secondary learners in English and literacy, and instructional coaching of educators. She was a 2013 nominee and in 2019, her school’s selected Teacher of the Year for Alachua County. She is the 2019-2020 first place winner of the Writer’s Relief Peter K. Hixson Memorial Award for Creative Writers. The story from her yet to be published short story anthology, One Way Trips, titled “What You See is What You Get,” was accepted for publication in Truman State University's literary journal, Green Hills Literary Lantern. At the age of three she immigrated with her parents, sister, and grandfather on the 1980 Mariel boatlift, and was raised in Union City, New Jersey. Much of her fiction and creative non-fiction anthologies are inspired by a feminist perspective of her Cuban-American culture. She lives in Gainesville, FL with her husband, and has an affinity for thunderstorms, horror movies, and 80’s Karaoke. 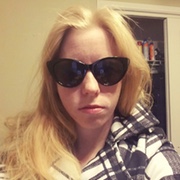 Candace Hartsuyker has an M.F.A in Creative Writing from McNeese State University and reads for PANK. She has been published in Heavy Feather Review, The Hunger, Maudlin House, and elsewhere. You can find her on Twitter at @C_Hartsuyker.

Jen Karetnick is the author of five full-length poetry collections, including Hunger Until It's Pain (Salmon Poetry, forthcoming spring 2023); The Burning Where Breath Used to Be (David Robert Books, forthcoming August 2020); and The Treasures That Prevail (Whitepoint Press, September 2016), finalist for the 2017 Poetry Society of Virginia Book Prize. She is also the author of five poetry chapbooks, including The Crossing Over (March 2019), winner of the 2018 Split Rock Review Chapbook Competition. Her poems have been awarded the Hart Crane Memorial Prize, the Romeo Lemay Poetry Prize, the Anna Davidson Rosenberg Prize, and two Dorothy Sargent Rosenberg Prizes, among others. Her work appears recently or is forthcoming in Barrow Street, The Comstock Review, december, Michigan Quarterly Review, Terrain, Under a Warm Green Linden, and elsewhere. Co-founder and managing editor of SWWIM Every Day, Jen is currently a Deering Estate Artist-in-Residence. See more at see jkaretnick.com.
Twitter @Kavetchnik
Instagram @JenKaretnick
Facebook Kavetchnik (public personal page) and Jen Karetnick (writer's page) 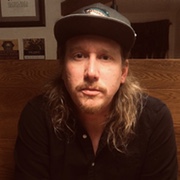 Wilson Koewing is a writer from South Carolina. He received an MFA in creative writing from The University of New Orleans. He currently resides in Denver, Colorado. He has work forthcoming in Pembroke Magazine, Sky Island Journal, X-R-A-Y Literary Magazine, New Pop Lit, and Five on the Fifth. He was a November 2019 resident of The Vermont Studio Center. He reads fiction for The Maine Review.

Richard Krause has had two collections of fiction published titled Studies in Insignificance (Livingston Press 2003) and The Horror of the Ordinary (Unsolicited Press 2019). A third collection, Crawl Space & Other Stories of Limited Maneuverability, will be published by Unsolicited press in 2021. EyeCorner Press in Denmark published Optical Biases, his first collection of epigrams in 2012, and Propertius Press published his second collection, Eye Exams, in 2019. His prose poems have recently appeared in Courtship of Winds, Offcourse, Poesis, Shot Glass Journal, and one is upcoming in Triggerfish Critical Review. He lived for nine years in Japan and currently lives in Kentucky where he is retired from teaching at a community college. His website is richardkrausewriting.com. 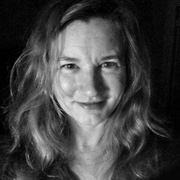 Suzanne Langlois’s poems have appeared in The Maine Review, NAILED Magazine, Cider Press Review, The Fourth River, Off The Coast, Rattle, and on the Button Poetry channel. She teaches high school English in Portland, Maine and is currently an MFA candidate at Warren Wilson College. 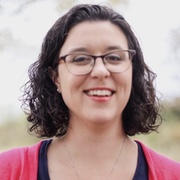 Jenna B. Morgan’s prose is forthcoming or has appeared in Barren Magazine, HeartWood, Akashic Books’s Terrible Twosdays web series, Wild Violet, Kestrel, and elsewhere. She has an MFA in Fiction from George Mason University and currently teaches at a community college outside Nashville, Tennessee. Please note: her ratemyprofessors.com score is a 4.4. James Franco’s is only a 4.2. Find her on Twitter and Instagram @byjennabmorgan. 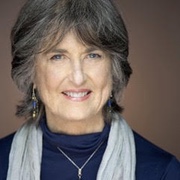 Linda Neal lives near the beach with her dog, Mantra. Her award-winning poetry has appeared in numerous journals including, Jelly Bucket, Lummox, Prairie Schooner, SLAB, and Tampa Review. She earned her MFA from Pacific University in 2019. Her first collection, Dodge & Burn (Bambaz Press) came out in 2014. Her next book, Not About Dinosaurs, will be out in 2020. 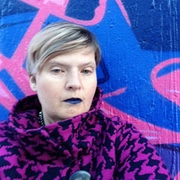 Sarah Nichols lives and writes in Connecticut. She is the author of eight chapbooks, including She May Be a Saint (Porkbelly Press, 2019) and Dreamland for Keeps (Porkbelly, 2018.) Her work can also be found in Yes, Poetry, Mineral Lit Mag, Drunk Monkeys, Rogue Agent, and the Twin Peaks poetry anthology, These Poems are Not What They Seem (Apep Publications, 2020.) 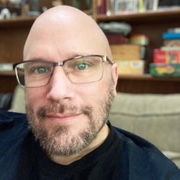 Daniel M. Shapiro is the author of Heavy Metal Fairy Tales (Throwback Books, 2016) and How the Potato Chip Was Invented (sunnyoutside press, 2013). His recent work has appeared in Barrelhouse, Forklift, Jersey Devil Press, and elsewhere. He is the senior poetry editor and reviews editor of Pittsburgh Poetry Review. 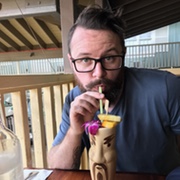 Evan James Sheldon's work has appeared recently in Anti-Heroin Chic, the Cincinnati Review, and Lammergeier, among others. He is a Senior Editor for F(r)iction and the Editorial Director for Brink Literacy Project. You can find him online at evanjamessheldon.com.
Twitter: @EvanJamesSheld1
Instagram: @evanjamessheldon 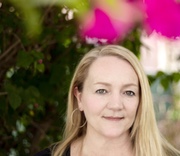 Lauren Tivey is the author of four chapbooks, most recently Moroccan Holiday, which was the winner of The Poetry Box Chapbook Prize 2019, and The Breakdown Atlas & Other Poems (Big Table Publishing Company, 2011). Tivey is a double Pushcart Prize nominee, and her work has appeared in Connotation Press, The Coachella Review, and Split Lip Magazine, among dozens of other web and print publications in the U.S. and U.K. After much international travel, including a six year stint living in China, she now resides with her husband, and a little black cat named Poppet, in a cottage surrounded by flower gardens in St. Augustine, Florida. She teaches English and Creative Writing at Flagler College. Tivey can be reached at her writing blog at: laurentivey.wordpress.com.

Craig Wallwork is the three times nominated Pushcart author of the novels, Bad People, Labyrinth of Dolls, and The Sound of Loneliness, as well as the short story collections, Gory Hole and Quintessence of Dust. He also co wrote a micro collection of short stories with Menacing Hedge fiction editor Amanda Gowin titled, Serious Moonlight. He lives in Yorkshire, England. 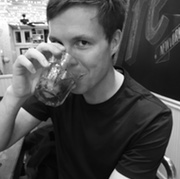 Rick White is a fiction writer whose work has been published in Storgy, Barren Magazine, and Xray Lit Mag among others. Rick lives in Manchester, UK with his wife Sarah and their small furry overlord, a Cavalier King Charles Spaniel named Harry. 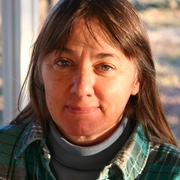 Rochelle Williams is a writer and photographer in southern New Mexico. Her poetry, fiction and artist profiles have appeared in The Ink, The Eldorado Sun, Lunarosity, Chokecherries, Desert Exposure, Lifeboat: A Journal of Memoir, and Earthships: A New Mecca Poetry Collection. She holds an MFA in fiction from Vermont College of Fine Arts and is working on a novel about the painter, Pierre Bonnard.